On the Hybrid Synergy Forum, a user posted a thread about an Hybrid System error he had on his 189.000 km Prius 3.

We arranged to capture a Torque log to see if we could find the faulty element of the battery.
We drove to stress the battery a bit, by driving using EV traction alone, forcing charges by ICE and by brakings.
The car behaved erraticaly: the EV mode was refused even with a full battery and ICE won't stop, even standing still in P and with no HV charge in progress.
We suspected a temperature issue in the HV, so while parked we checked them up:


There was an unusually large difference between the 3 values, and while the fan was running apparently fine, TB3 was holding steady. Even with the car parked and no significant currents from the battery, temperature didn't decrease.
We powered off the car with a final SOC value of 54.1
When we powered it on again after a minute, SOC jumped instantly to 72.9.
We drove in EV trying to deplete the battery and then, suddenly, SOC went down from 62 to 24 in 15 seconds, causing ICE to start charging the battery.
That condition seems to have triggered the error, that showed up on the multifunction display: 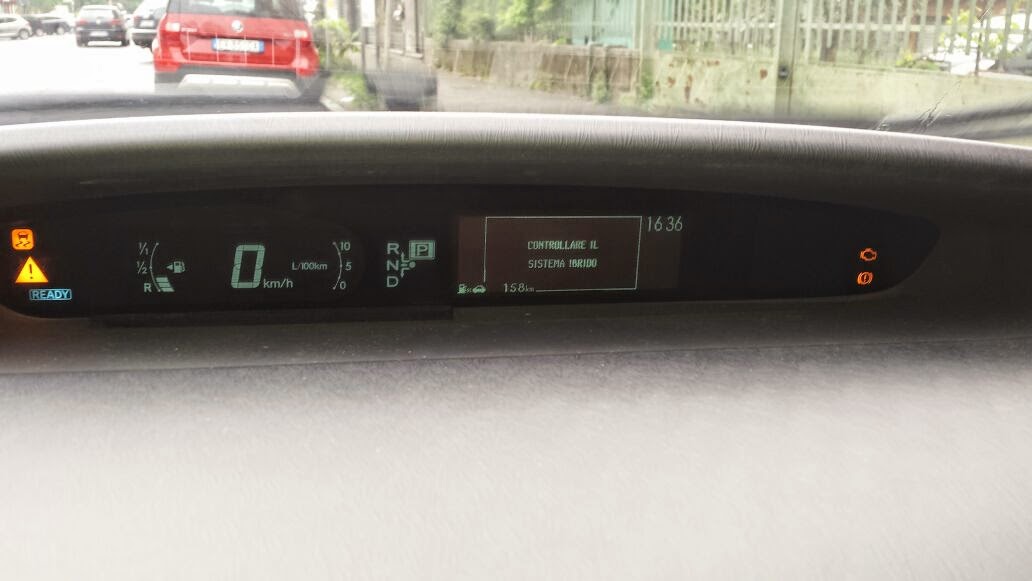 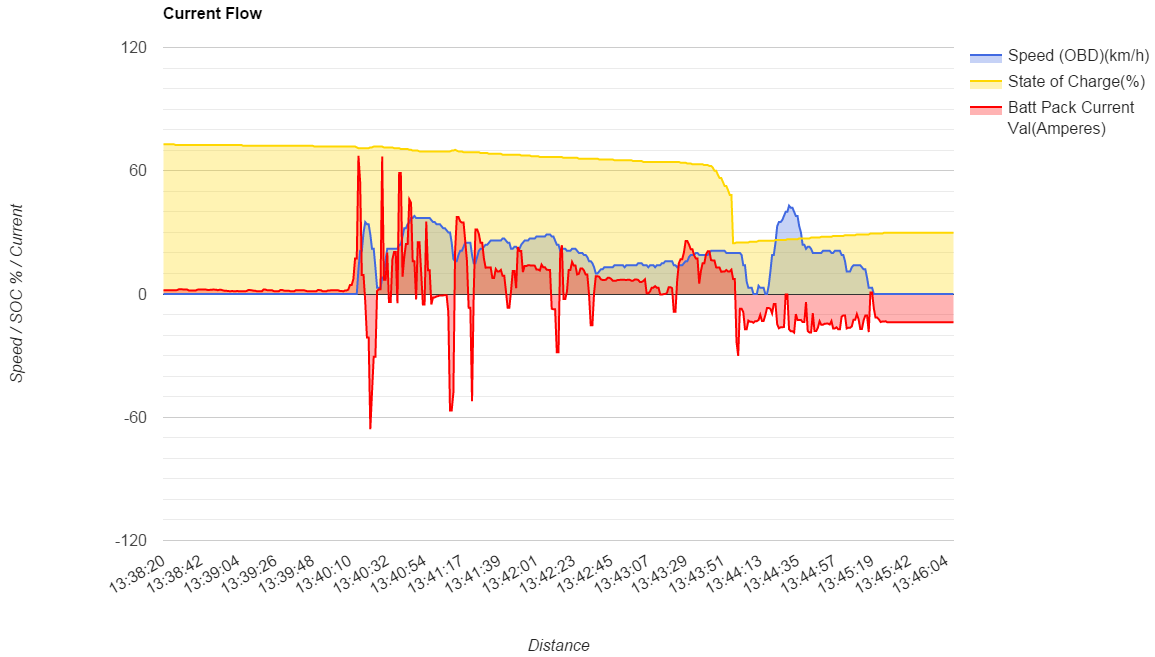 The Battery Block chart gives an immediate evidence that something is working out of specs: 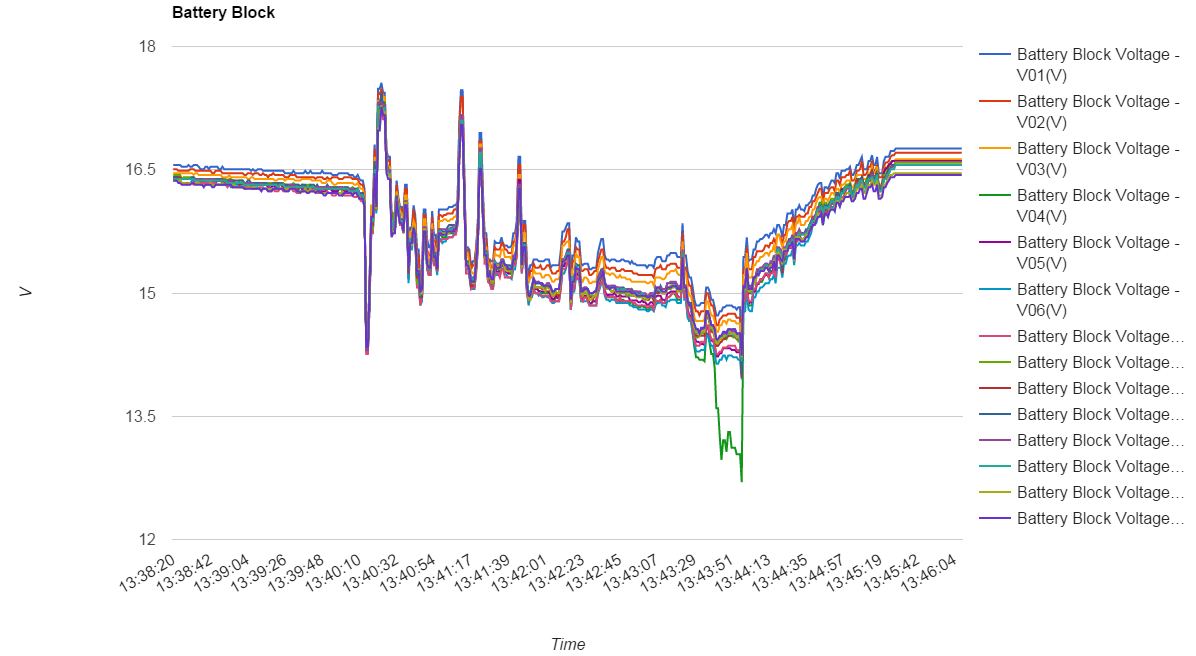 The HV Fitness sheet shows how Block 4 has the worst lowest voltage of all, the highest bias and standard deviation from battery average value. 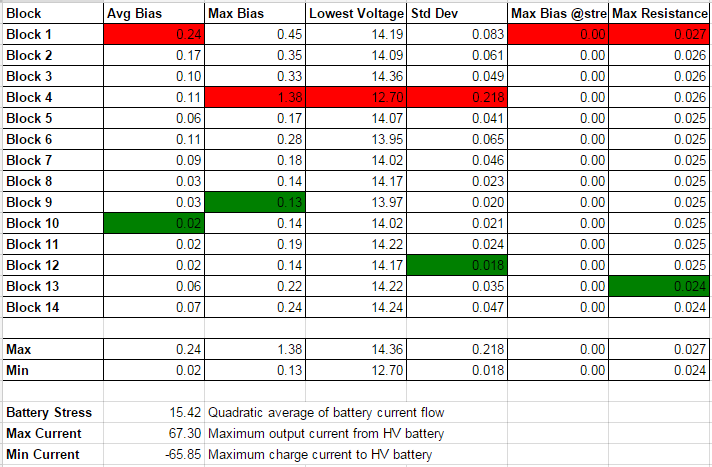 Email ThisBlogThis!Share to TwitterShare to FacebookShare to Pinterest
Labels: hv, prius3, use case